Join our newsletter today for free. 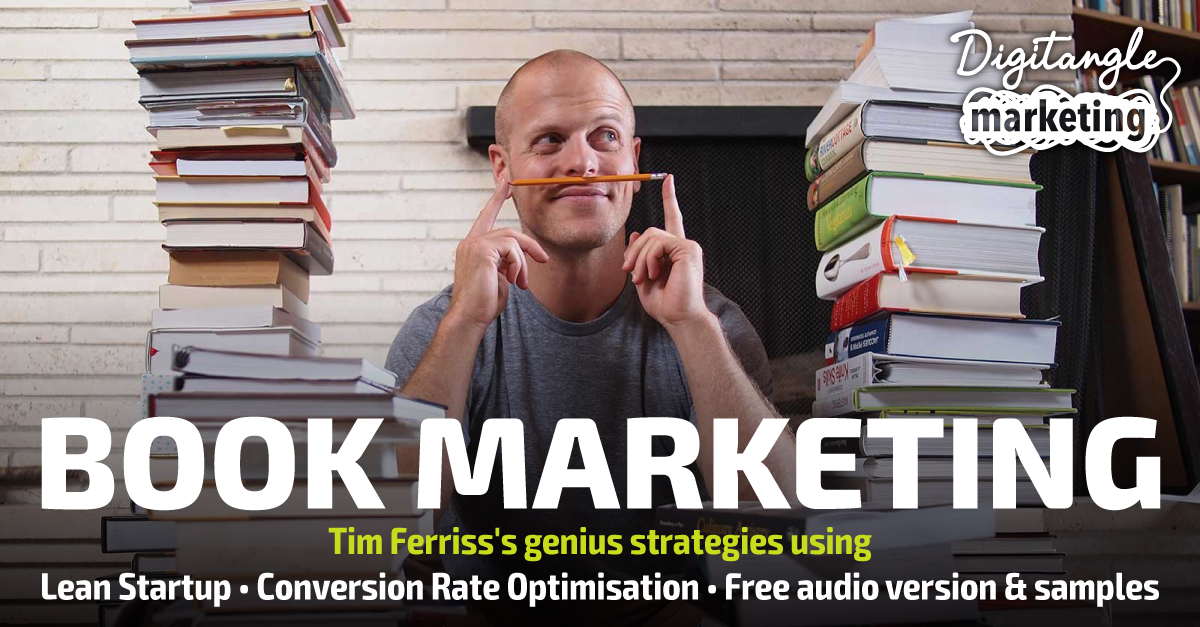 Tim used smart tactics to design the title, strapline and book cover – anyone interested in the Lean Startup or Conversion Rate Optimisation would be proud of him:

The resulting book went on to become a number one New York Times best-seller.

He has a new book out at the moment – The Four Hour Chef; which isn’t really a cook-book. It’s a book about ‘meta learning’, or learning how to learn effectively, and covers cooking (of course), as well as language learning, dancing and improving your memory.

As I hoped and wondered whether there was an audio version out yet, I found he’s actually giving this away for free.

In the spirit of continual testing and refinement, he gave drafts of his new book away for free, and found that 880 thousand people who received the material actually clicked through and bought the hardcover version of the book on Amazon. This supports what Dr Robert Cialdini was saying about the principles of persuasion – people are designed to reciprocate.

If you’re anything like my mum, you will freak if you watch him wipe his nose as he’s cooking… he actually has a disclaimer about food handling in the first page… but anyway, here’s the trailer:

And here’s his bundle of the full free audiobook, PDF of the first 62 pages of the book, video files and worksheets: Tim Ferriss – The 4 Hour Chef Bundle.

So I’ve fallen for the persuasion of reciprocation! It’s a great read with some interesting ideas – and the hardcover is on order for my dad’s birthday! Want to find out more?
For the latest course schedule for your area, or to talk to us about in house training or consultancy, then please contact us.
This website uses cookies. Not sure? Read more