Join our newsletter today for free.

No Support for Windows XP – Joy for Web Developers? 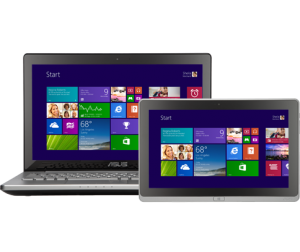 As of tomorrow (8th April 2014), Microsoft will no longer be offering automatic updates and security patches for XP, which means that many people will need to update to a newer operating system or chance it without support.

Windows XP launched in October 2001 (see timeline below), and despite it’s elderly status, is still the second most popular operating system in use, after selling almost 500 million copies.

XP is vastly different from the latest version, Windows 8.1, so there’s going to be a massive learning curve for people who aren’t yet used to cloud based file storage, switching between desktop and touch optimised design, or having apps on their desktop.

Discontinuing Windows XP will force security conscious people and companies to upgrade… which is undoubtedly going to be costly; but there may be some positives too.

Web developers will be delighted as older versions of Internet Explorer are killed off as a result of upgrades; IE 7 for example is notoriously insecure, and gives an inconsistent view of web pages, meaning that extra code is often added purely for IE7 to ensure a website displays correctly.

And it could be an opportunity for other operating system software to take a chunk of the market. Maybe we’ll see more of OpenSource or Apple products in future offices.

On the other hand, Bing Smart Search, which is one of the useful features in Windows 8.1 might convert people from Google, and make a dent in their 90% UK search share.

Want to find out more?
For the latest course schedule for your area, or to talk to us about in house training or consultancy, then please contact us.
This website uses cookies. Not sure? Read more